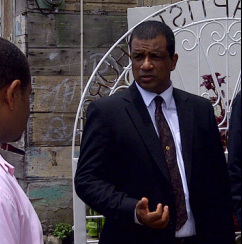 In 1943,Baptist Mid Mission of North America, in the persons of Rev. James Wooster, Rev. Eugene Mc. Millan and Rev. Schlegel carried out a survey of the Caribbean islands, for the purpose of commencing missionary work on these islands.

Their first stop was the island of St. Vincent and the Grenadines, where they received favorable responses from the Government and people.  They presented their report to head office and wasted no time in returning to St. Vincent and the Grenadines, ministering to the people and establishing churches.  Later they started a Theological seminary, where men and women were trained for the ministry.

They continued their exploration of the other islands, and traveled to St. Lucia via a canoe, and landed in Vieux Fort, where Rev. Wooster met up with an old friend in the person of Rev. Gimoloski, a missionary with the West Indies Mission, who worked with locals in the south of St. Lucia.

A pact was soon made between the two which allowed the West Indies Mission to continue their work in the south while Baptist Midmission worked in the north of the island.

It was not plain sailing for Rev. Wooster and Rev. Mc. Millan.  They encountered stiff opposition from the established church of the day, (i.e. the Roman Catholic Church), but they were not perturbed, and pressed on with their mission of proclaiming the gospel.

In 1944/45 a hall in which meetings were conducted, was rented on St. Louis Street.  The name given to the ministry then was “The Baptist Bible Institute”.  The hall also housed a Society, which had no connection with Mid Missions.

The small gathering grew steadily and as the people received the message, many got converted and were baptized.  The First Baptist Church started in 1945.

During the post-missionary period up to 1990 the Patience Baptist Church in the village of Anse -La-Raye was pastored by many local pastors, most of whom were trained at the Bible Training school in St. Vincent, the same institution established by the Baptist Midmission.

Also during that period an American Pastor named Daniel Parks started a theological school in St. Lucia. This school was housed at the First Baptist Church, on Darling Road.

Daniel Parks was later sent by the First Baptist Church to Pastor the Patience Baptist Church in Anse La Raye. He remained there until he returned to the United States in 1989.

Subsequent to his departure Pastor Wilfred Auguste, who was at the time pastoring the Grace Baptist Church in Bexon, was appointed as the care taker Pastor. He held the position for a short time until he resigned from the pastorate in 1990.

Brother Samuel was one of the founding members of the Berean Baptist Church in Vieux Fort. He and his wife moved to Castries in 1986 because of economic reasons but continued fellowshipping in Vieux-Fort until 1990 when the family started to grow and the journey started to take a toll on their two young daughters.

When Brother Samuel arrived there on that Sunday morning, there were 8 people in the church three female members and a couple who were former members with their three children.

The church met to worship only on Sunday mornings -There was neither midweek bible study nor prayer meeting. The situation had deteriorated so much that sometimes there was no one to preach on Sundays. On such days the believers used to pray and return home.

After a few weeks of preaching at the church, Brother Samuel was approached by the three members and was asked to pastor the church.

Following consultation with his wife and trusted Christian friends he accepted the call a few weeks later.

During that time Pastor Samuel reintroduced Sunday evening service and a midweek prayer and bible study which was held on Wednesday evenings.

A few months after pastoring the church, Pastor Samuel became increasingly concerned about the work of the ministry as his secular employment was taking too much of his time and he also felt that he was not properly equipped for the ministry. . Therefore a decision had to be made whether to continue as lay pastor or go to Bible School.

After a few months of private prayer he and his wife agreed that the way forward was to give up his secular business and go to seminary. The matter was brought to the church and reluctantly the church agreed.

In his absence he left the church in the hands of his trusted Christian friend and mentor, Pastor Malcolm Scholar. Pastor Scholar was an elder of the First Baptist Church at that time and was also responsible for the ministry of the Berean Baptist Church from 1982 to 1988. Presently he is the Pastor of the Grace Baptist Church in Bexon.

Pastor Samuel returned to St. Lucia in September of 1994 and worked under Pastor Scholar for three months and in January of 1995 he returned to the pastorate.

During that same month the church embarked on an evangelistic Sunday School for the children in the village. The first day of registration was a great surprise as over 80 children were registered. It was soon discovered that the existing wooden building was too small to accommodate all these children and the church started looking into the possibility of putting up a new structure.

In 1996 Construction started on a new building and within three months the bottom floor was competed but it took another 18 months before the top floor could be completed.  With the completion of the top floor the classroom capacity was increased from 4 to 7.

It was recognized that enough time was not given to prayer during the mid week Bible Study/prayer meeting.

Therefore a decision was taken to hold the prayer meeting and the Bible Study on separate days in order to devote more time for prayer and also this provide the opportunity for parents who had difficulty in coming out together for the midweek Bible Study to alternate. 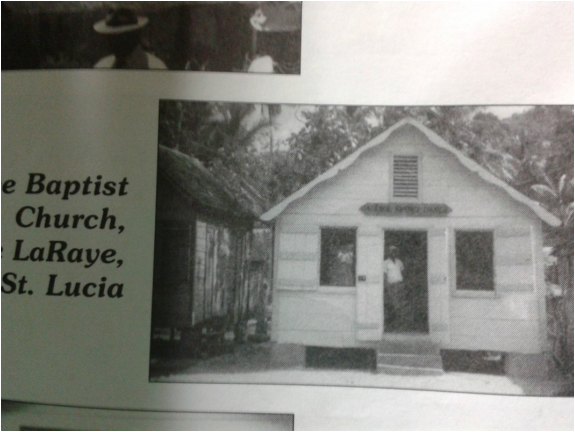 The Old Patience Baptist Church Building
As a Policy we believe the church of Jesus Christ should be:

These are the standards we are working to implement at the Patience Baptist Church.